Slobilization: Will Covid-19 cause us to rethink AI and automation?
A tool to help us improve our quality of life and work efficiency or a storm to displace us and leave us stranded at sea without a paddle?
The opinions on AI and Automation have been polarised. Will the broken ‘slobilised’ supply chain caused by COVID-19 cause us to rethink our stance on increasing our ‘robotic assistance’? Will it be the catalyst to a change in consciousness regarding the utilisation of new technology? 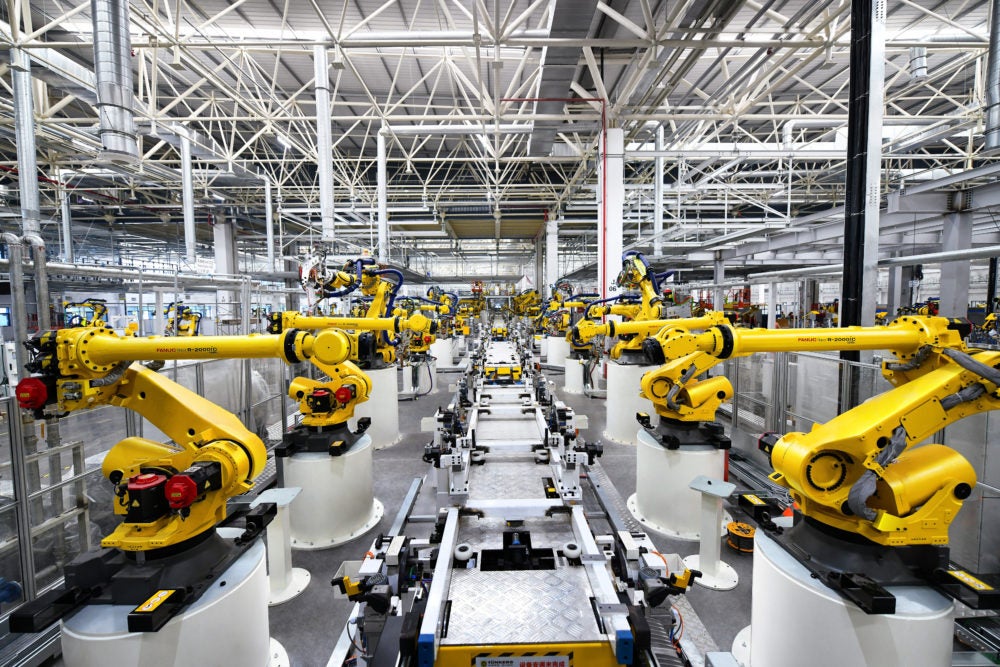 How have people felt about AI and automation in the past?
Some futurists and high-tech entrepreneurs have been pro the idea of utilising automation to help manufacturing, and using AI to help us solve problems that can’t be fathomed by us nimble humans.
But on the other hand many working class people have been left afraid of being displaced and losing their jobs to automation.
It is reported that up to 47% of American employees could be at risk and 34% of British workers.
In developing countries it is expected automation could replace up to two thirds of jobs.

But it’s not just the ‘low-skill’ jobs that are at risk. It is expected that automation could replace middle-wage jobs too suck as drivers, chefs, office workers, security guards, junior lawyers, inspectors and more.

How could these technologies have helped during covid?
If you haven’t heard about COVID-19’s ravaging effect on the globalised supply chain then you can find out about in the first past of the ‘Slobilization’ series titled ‘Slowbalisation: Will Covid-19 cause us to rethink Globalized supply chains?’

It would be an obvious assumption that the disruption to the supply chain wouldn’t have been as severe if more work was done using automation, and we wouldn’t be hit as hard by factory workers and other workers being made to isolate. The system could carry on work as normal with a few maintenance technicians present to make sure that the machines stay running. Customers could still order products and automation machines and AI could do all the groundwork.

If automated technology is pushed to be utilised, then one of the questions would be ‘Will manufacturing stay in the East where countries are less likely to be able to afford the technology, or will manufacturing be moved locally if the workforce expense was cut?’ Much to the detriment of their eastern counterparts.

Will the everyday people benefit from this?

It would certainly benefit most people, as well as bring on a new series of challenges. It would have to be done for the right reasons, instead of playing into the working classes’ fear of being replaced for the sake of increased profit margins. Something which could leave more people displaced and forced to retrain into roles that are in higher demand.
It would be useful for everyone if the supply chain stays running and we can get whatever supplies we need without disruption but we would need to make a conscious effort to not leave any of those workers left behind. New roles and new jobs would have to be created in unison with the adoption of new tech.

Summary
It’s up to each individual to decide whether they’re comfortable potentially being made to take on new roles and potentially being replaced by robot successors. But I feel like as a society we need to push for accountability with businesses, to have an ethical responsibility to create new jobs and roles wherever they can to prevent an unemployment crisis. After COVID-19 I think more people will definitely see the benefits of increasing automation, but businesses need to work hard to alleviate anxiety of unskilled workers and show that the new technology is here to help us rather than to simply replace us. Maybe we need to encourage trade schools and teach people skills that can’t be automated.
For generations to come 2020 will be known as the year everything changed. Change is something that is unavoidable.